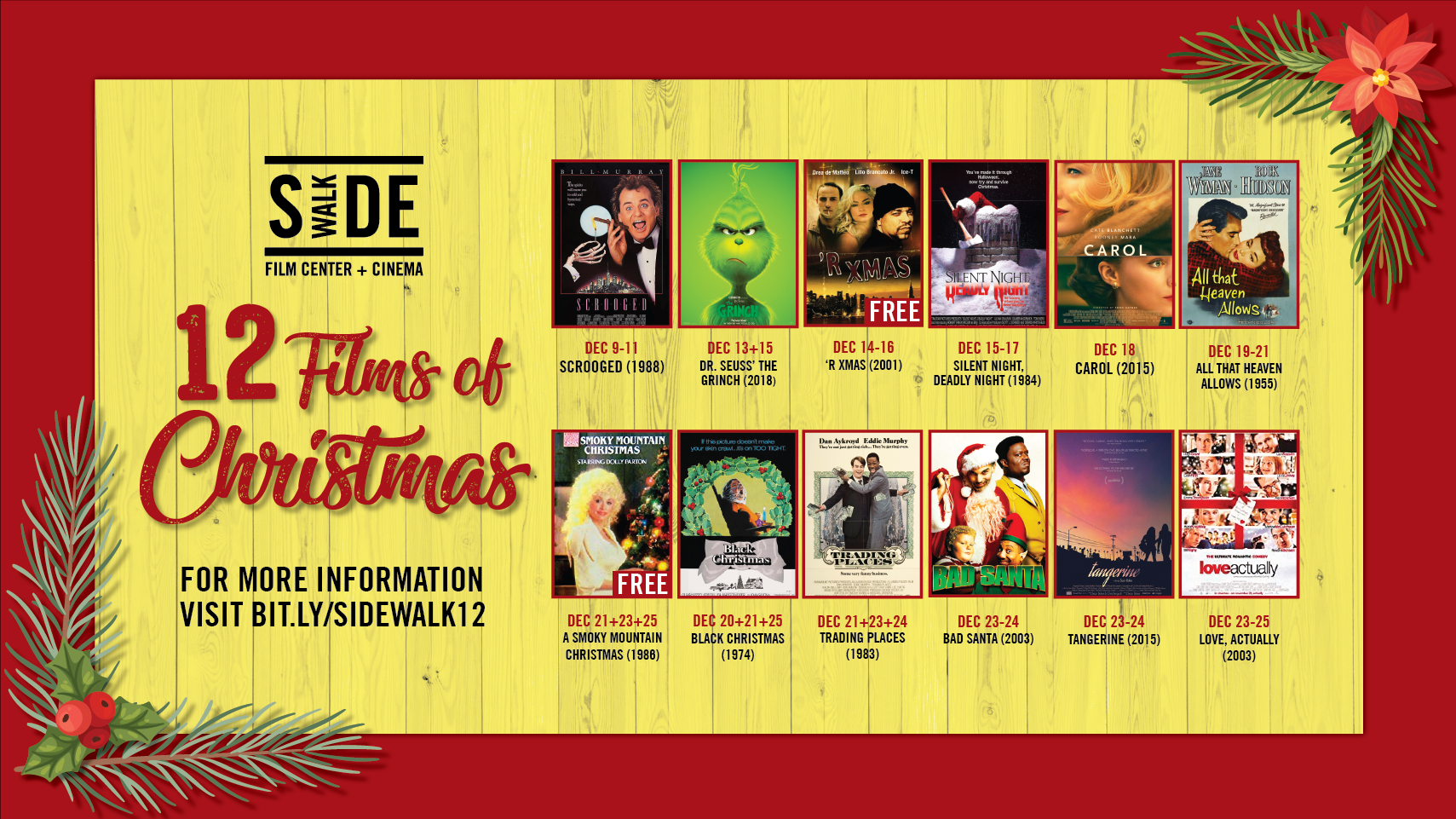 The 12 Days Of Christmas Sidewalk line-up is about as diverse as holiday line-ups get, from the brilliant to the… well, bad. After all, ‘tis the season to celebrate all things great and small. From one of the most skillfully nuanced masterpieces of the century to a PTSD-fueled killer Santa… to Dolly. Here are a few thoughts on a handful of our selections from the series. 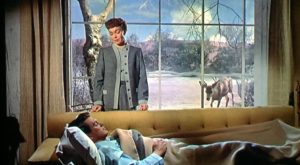 More vibe than strict holiday fare, the Douglas Sirk masterwork All That Heaven Allows is the story of a well-to-do widower, Cary Scott, who falls for the not-so-well-to-do hunk Ron Kirby. Cary’s college-age kids are brats and demand that the relationship ends. No surprise, the country club crowd isn’t too kind either. In addition to a number of beautifully captured holiday scenes, what better a season to question societal norms and acknowledge just what a pain in the ass family can be? Plus Technicolor has never looked so damn good, dozens of frames from the film also work just as well as paintings. All That Heaven Allows perfectly captures the seasonal spirit and holiday landscape with all of the wonder, sadness, melodrama and beauty that it brings.

Do you ever feel like the 1 percent are gambling with your livelihood? In 1983, director John Landis made a comedy that suggests that it might not be entirely just paranoia. In Trading Places, Dan Aykroyd’s uptight stockbroker and Eddie Murphy’s streetwise hustler swap lots in life one holiday season, thanks to manipulation by the wealthy Duke brothers (Don Ameche and Ralph Bellamy). But when the two find their lives have been experimented upon, they team up with Jamie Lee Curtis’s free-spirited sex worker to bring the wealthy brothers down. Filled with quotable one-liners, memorable performances, and deeply silly screwball action, Trading Places stands still as one of the most enjoyable Saturday Night Live star vehicles, cementing Murphy’s status as one of the most important stars of the 1980s. 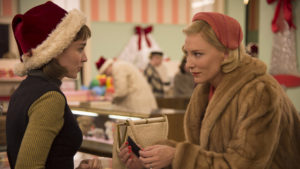 Director Todd Haynes is no stranger to melodrama, having crafted his own take on All That Heaven Allows in 2002’s Far From Heaven and more recently adapting Patricia Highsmith’s The Price of Salt as his brilliant 2015 love story Carol. Set during the holiday season in 1950s New York City, Carol is the story of the whirlwind romance between shopgirl Therese (Rooney Mara) and the titular socialite (Cate Blanchett). Featuring a memorably lush score from Carter Burwell and period-appropriate Super 16mm film by cinematographer Ed Lachman, Carol is top-notch on every possible level — one of the best films of the decade, featuring some of its strongest, most sensitive performances.

Looking for a little misanthropy this holiday season? Sick of peace on earth and want anything but goodwill towards men? Terry Zwigoff’s Bad Santa, from a story, originated by Joel and Ethan Coen, is the film for you. Billy Bob Thornton stars as Willie, a drunken lout of a thief posing as a mall Santa to pull off a holiday heist — despite being terrible with children, addicted to sex and generally the most unpleasant person alive. Despite his best efforts, an annoying youngster named Thurman Merman (Brett Kelly) bonds with the dissolute Willie. And the local mall’s chief of security (Bernie Mac) catches wise to his plan. Definitely, non-PC antics ensue. This one’s definitely not for the kids; there’s something in Bad Santa to bother everyone, which is what makes it such an off-kilter holiday classic, in its own perverse way.

Celebrate the holidays with two transgender sex workers in Sean Baker’s marvelously warm and propulsive Tangerine, set on and around the streets of Hollywood on one sunny Christmas eve. An uncontrollable force of nature, Sin-Dee (Kitana Kiki Rodriguez) gets out of jail and catches word that her boyfriend/pimp, Chester (James Ransone) has been cheating on her. Despite her closest friend, Alexandra (Mya Taylor), warning her to relax, Sin-Dee goes on a Hollywood rampage to find the woman her boyfriend has been seeing. Baker shot the entire film on the iPhone 5S; each frame is soaked in the vivid colors of a Los Angeles sunset. The result is an intimate and raw but lovely story about friendship and grace in a subculture that rarely gets such a humane portrayal. 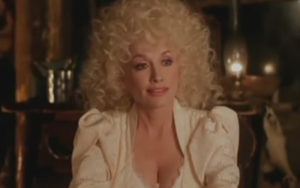 What’s Christmas without Dolly Parton?! We’ll take any excuse to include Dolly in a film series, or any series for that matter, but, of all years, Dolly sure is having a moment. We highly recommend binge-listening to the NPR podcast Dolly’s America and then joining us for one of our handful of free screenings of A Smoky Mountain Christmas and celebrate the living legend and our wintery neighbor – the Smoky Mountains. Fun fact, it was directed by Henry Winkler aka The Fonz.

Silent Night, Deadly Night – we couldn’t resist. Come on, have a little fun this holiday season. What do you do when your senile grandfather warns you to watch out for Santa and then your parents are killed by a dude in a Santa suit? Why you grow up, get buff, work in a toy store and get Christmas triggered into throwing on a Santa suit and going on your very own murderous, ax-wielding holiday rampage. Duh. 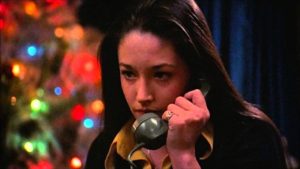 This year marks the release yet another remake of Black Christmas so we thought we’d put a spotlight on the OG classic that got all this Christmas-sorority-house-stalking-killer stuff started, the 1974 cult classic Black Christmas starring Margot Kidder and Olivia Hussey. Oh and, yes, directed by that Bob Clark, the same dude who directed A Christmas Story (and Porky’s). After all, we need a little break from all the Christmas time life lesson, Grinch turns nice (we’ve got that too!) stuff.