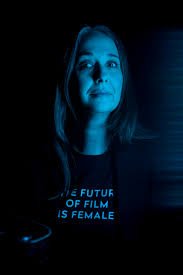 New York – Nitehawk Cinema
PAHOKEE (2019)
BLOCKERS (2018)
If I’m being honest, Bravo is what’s getting me through this weird moment in our lives, but that’s the low to my high. For movies, there’s one that reminds me that there is such innovative, true, and immersive filmmaking being made today and that’s PAHOKEE by Ivete Lucas and Patrick Bresnan. It’s set in the rural town of Pahokee, Florida (aka the Everglades), and tells a story of community, coming of age, race, and achieving dreams through four high school students. It’s a marvel through and through that doesn’t just make me feel good while the world is falling apart but reminds me that there’s a wonderful, complicated world to get back to. (You can rent/watch it via The Future of Film is Female STREAMING).
The other is Kay Cannon’s BLOCKERS, aka the most under-recognized film of the past five years. It’s incredibly funny and the performances, from the parents to the teenagers, are hilariously perfect but what made it special to me was unexpected. It’s a story about three parents coming to terms with the fact their kids were growing up as they graduated high school. Me? I watched it as my son was about to go into preschool and cried while I related to their sadness at life transitions (but thankfully don’t have a teenager…yet).
– Caryn Coleman
________________________________________________________________ 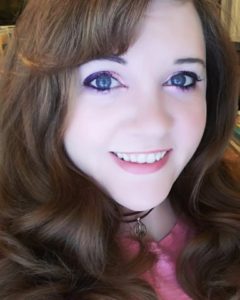 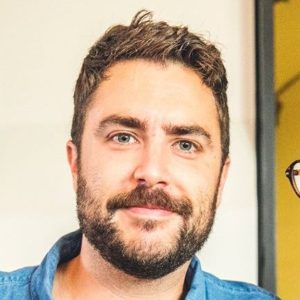 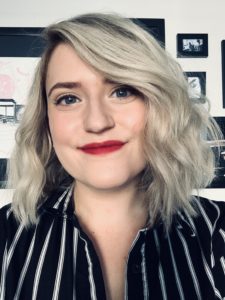 PORTRAIT OF A LADY ON FIRE (2019)
AMÉLIE:This vibrant, endlessly charming film will always be my go-to when I need a pick-me-up. It might be ironic quarantine viewing, as essentially the entire plot revolves around branching out of your comfort zone and embracing the world around you and the people in it. But now more than ever, as even my introverted heart is longing to connect, I like to think this film could inspire us all to notice each (and look out for) each other a little more.
PORTRAIT OF A LADY ON FIRE: I was lucky enough to experience this masterpiece twice in theaters, first at a film festival screening last fall and again just days before theaters had to close their doors. This film will always remind me of the magic that can be found at the cinema, when a group of strangers gather in a dark room and allow themselves to be transported, even for just a little while. The level of escapism I am able to achieve in a movie theater is impossible to replicate anywhere else. I can’t wait to go back.
– Alyssa Armand
________________________________________________________________ 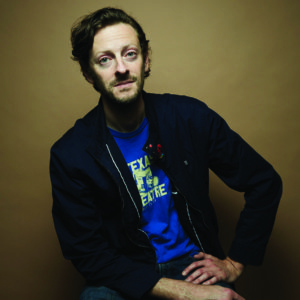 A SERIOUS MAN (2009)
DEMON, written and directed by Marcin Wrona and A SERIOUS MAN, written and directed by The Coen Brothers, this is my dybbuk double feature! I’m not a religious person at all but I come from a religious upbringing and do enjoy movies that criticize and dissect Judaism, as well as offer some supernatural fun, and both of these films fit the bill for me as comfort viewing. Plus the backstory and production of both films fascinate me – Wrona was a Polish filmmaker who hung himself in a hotel room during a film festival where DEMON was to be screened. Was he possessed by a dybbuk like the main character in his film?  Where to watch: SHUDDER.
A SERIOUS MAN is the type of personal film you see get made following winning a Best Picture Oscar, it comes from the Coen’s adolescence and I love the way it pokes fun of the futility of religion. “Who is the Dybbuk in the movie” is a fun game to play upon watching this movie on repeat, (which I recommend you do at least once a year). It also features impeccable period production design by Jess Gonchor and a Roger Deakins lensed look that is not nearly as flashy as you might expect but hits all the right looks. A straight-up masterpiece. Where to watch: a blu-ray or DVD so you can watch the behind the scenes videos.
– Barak Epstein
________________________________________________________________ 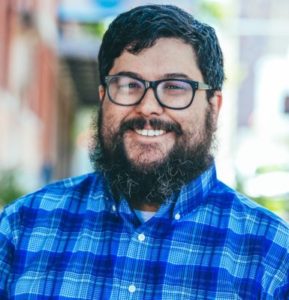 HAIL, CAESAR! (2016)
Peter Bogdanovich’s screwball comedy throwback, WHAT’S UP, DOC?, is ceaselessly funny and energetic, with Ryan O’Neal as the stuffed shirt musicologist and Barbra Streisand as the Bugs Bunny-esque manic pixie nightmare who rocks his world. It features Madeline Kahn in her feature debut as O’Neal’s put-upon fiancee, and you can’t go wrong with that.
HAIL, CAESAR!: “The picture has worth,” says Eddie Mannix (Josh Brolin) in the Coen brothers’ misunderstood comedy — and it’s hard to disagree, as these days movies are one of the few things I’m finding much value in. The Coens puncture the folly of human faith in the higher powers of religion and economics and suggest that if you’ve got to believe in anything, it might as well be the movies because they’re the most fun.
– Corey Craft
________________________________________________________________ 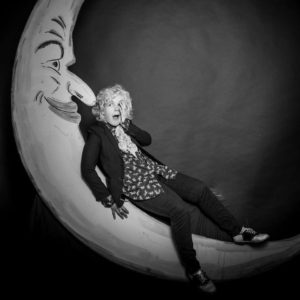 Alabama – Sidewalk Film Center + Cinema, Sidewalk Film Festival
VANILLA SKY (2001)
VALLEY GIRL (1983)
VALLEY GIRL is my go-to break-up movie and Rona is like the worst bitch of a break-up ever. Somehow this film never gets old for me, despite having seen it over 50 times, easily. It’s fun and funny, intentionally and not. It’s stylish and ridiculous and somehow simultaneously cool and uncool. You’ll appreciate how low the stakes are and also get to see gorgeous 1980’s Los Angeles, along with Deborah Foreman’s lovely smile and Nicolas Cage’s weird-ass triangular shaved chest. Plus it’s directed by Martha Coolidge. Do it. After all, it is prom season…
Go ahead and make fun of me, I admit it, I like VANILLA SKY. Yes, of course, I’m aware of OPEN YOUR EYES (Alejandro Amenábar’s 1997 Spanish film of which VANILLA SKY is an adaptation). Unlike VALLEY GIRL, which provides a pure distraction from the current situation, I find VANILLA SKY to be interestingly relevant to the terrible era. However, it isn’t so on the nose to make it intolerable, actually, I find it helpfully provocative. The scenes of empty Times Square, the existential crisis, the recognition that one’s life can be turned upside down in a singular moment, the otherworldly connection between the micro and the macro, all are there. Yet the film is somehow filled with magic and the possibility for greatness despite all odds, along with a grand celebration of the tiny moments of human life. It’s also really fun to watch while imaging Cameron Diaz’s character as a personification of COVID-19 – just last night we were laying on the floor of the beyond-adorable Penélope Cruz’s apartment laughing, listening to Peter Gabriel and the next thing you know…
________________________________________________________________
Only have a few minutes? Indie Memphis director of operations and senior programmer Brighid Wheeler, recommended a few short films that she has found especially helpful. 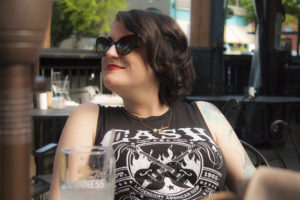 Tennessee – Indie Memphis
DOM, dir. by Jane Stiles & Meryl Jones Williams
Two old friends reunite on the hottest day of summer in NYC.
https://vimeo.com/390320849
BROOKLYN PARK, dir. by Nikola Duravcevic
Alone in New York City, Somali rideshare driver Abdirahim begins his nightshift with the news of a tragedy back home. The faces in the back seat change as he wrestles, unable to connect, with whether the unthinkable can be true — until he has a vision.
https://www.amazon.com/Brooklyn-Park-Nikola-Duravcevic/dp/B07TJ2NT7J
SUICIDE BY SUNLIGHT, dir. by Nikyatu Jusu
Valentina, a day-walking Black vampire protected from the sun by her melanin, is forced to suppress her bloodlust to regain custody of her estranged daughters.
https://vimeo.com/377200942
MAGIC BULLET, dir. by Amanda Lovejoy Street
Parallel losses push strangers Rachel (MOLLY PARKER) and Lia (ROSEMARIE DEWITT) into self-soothing rituals and self-destructive hazes, only to collide unwittingly on a regional Florida shopping network.
https://vimeo.com/304230333
7:00 PM Bodies Bodies Bodies 6:45 PM Everything Everywhere All At Once
View Now Playing
Free Options for the 24th Annual Sidewalk Film Festival Presented by Regions Bank Seven Additional Official Selections for the 24th Annual Sidewalk Film Festival Spotlight Nights for the 24th Annual Sidewalk Film Festival presented by Regions Bank
View All News