Have a ’90s Holiday at Sidewalk Cinema

‘Twas the 1990s’ and all through the decade we liked our malls facing inward and our holiday movies moody and enigmatic. So this holiday season we’re celebrating the decade that brought us Euro Disney and sheep cloning with a truss of 90s’ holiday not-so-classics. While a couple of dudes are standing in front of the Alabama Theatre having the age-old argument “is Die Hard a Christmas film” (child’s play!) we’re around the corner tripling down, giving you  BATMAN RETURNS (1992), THE NIGHTMARE BEFORE CHRISTMAS (1993) and EYES WIDE SHUT (1999). For those that can’t handle the recently popular global theme of uncertainty in their holiday film fare this season, we also present the Angel Denzel in THE PREACHER’S WIFE (1996). After all, your favorite programming team isn’t totally nihilistic. We love all of these films for different reasons, from the glorious cinematography in Kubrick’s last film (we can argue A.I. later) to the iconic world creation of THE NIGHTMARE BEFORE CHRISTMAS. So grab a festive cocktail or hot chocolate from the Cinema bar and enjoy Danny DeVito’s weird little penguin body, Tom Cruise getting his steps in and his ego battered, the glorious villainy of Oogie Boogie, and Whitney Houston falling in love with an angel. To quote Taylor Swift, ’tis the damn season.
– Rachel Morgan, Sidewalk Creative Director
A little more about the films:
BATMAN RETURNS (1992) 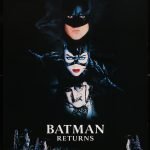 The monstrous Penguin, who lives in the sewers beneath Gotham, joins up with wicked shock-headed businessman Max Shreck during the holiday season to topple the Batman once and for all. But when Shreck’s timid assistant, Selina Kyle, finds out, and Shreck tries to kill her, she is transformed into the sexy Catwoman. She teams up with the Penguin and Shreck to destroy Batman, but sparks fly unexpectedly when she confronts the caped crusader.
BATMAN RETURNS is the first film made in Dolby Digital. It is incredibly referential regarding 1920’s German horror cinema. Christopher Walken’s character is named for German horror actor Max Schreck, best known for playing Count Orlock in NOSFERTU (1922), and the wardrobe and overall aesthetic of the Penguin, as well as much of the scenery and set design, are based on THE CABINET OF DR. CALIGARI (1920). A fun thing to look out for: one of the photographs in Max Schreck’s office depicts him with Arnold Schwarzenegger, who later played Mr. Freeze in BATMAN & ROBIN (1997).
THE NIGHTMARE BEFORE CHRISTMAS (1993) 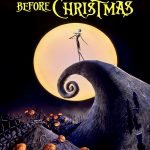 Jack Skellington, king of Halloweentown, discovers Christmas Town, but his attempts to bring Christmas to his home causes confusion.
The film is based on a three-page poem that Tim Burton wrote while he was a Disney animator in the early 80s. Burton claims he took inspiration from television specials RUDOLPH THE RED-NOSED REINDEER (1964) and HOW THE GRINCH STOLE CHRISTMAS! (1966). Two new pieces of animation equipment were invented during the production of THE NIGHTMARE BEFORE CHRISTMAS. A “light alarm” warns animators if any of the stage lights failed to come on and a system that enables seamlessly switching to a replacement puppet should one break during a shot. The movie took a group of around 100 people three years to complete – for one second of the film, up to 12 stop-motion moves had to be made.
THE PREACHER’S WIFE (1996) 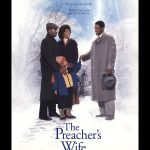 A cleric begins to doubt himself and is visited by an angel. The heavenly emissary is supposed to help the good reverend over his midlife crisis, but he is distracted by the cleric’s lovely young wife.
THE PREACHER’S WIFE is a remake of The Bishop’s Wife (1947), starring Cary Grant. Denzel Washington begged Whitney Houston for a year to star in the film until she finally agreed – Houston felt that she couldn’t relate to the character and would be uncomfortable dressed as a middle-class housewife. She later revealed on The Oprah Winfrey Show that her cocaine habit was at an all-time high (pun intended) while shooting THE PREACHER’S WIFE and that there was never a day on set that she didn’t do at least some drugs. Not an in-the-holiday-spirit enough fact for you? Here you go: during filming THE PREACHER’S WIFE, a church a block away from the set caught on fire and a crew member saved a four-year-old child. Something to watch out for: Whitney’s mother Cissy Houston appears in the film, singing with the Georgia Mass Choir.
EYES WIDE SHUT (1999) 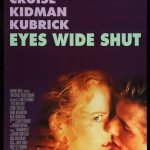