Halloween Series at the Sidewalk Cinema

Rachel Morgan, Sidewalk’s Creative Director, brings you the films of the 2020 Sidewalk Cinema Halloween Series Presented by Senator Bones.
“It’s the most wonderful time of the year… Halloween season! Okay so there’s a pandemic, winter is coming, it’s the most aggressive election year ever, we’re in the midst of a global pandemic and things are straight-up weird – I kept all this in mind while programming our micro Halloween series this year – how could I not. Therefore, I landed on four titles that support, confront, and/or challenge concepts related to normalcy. Here are a few thoughts on the titles and the selection process. 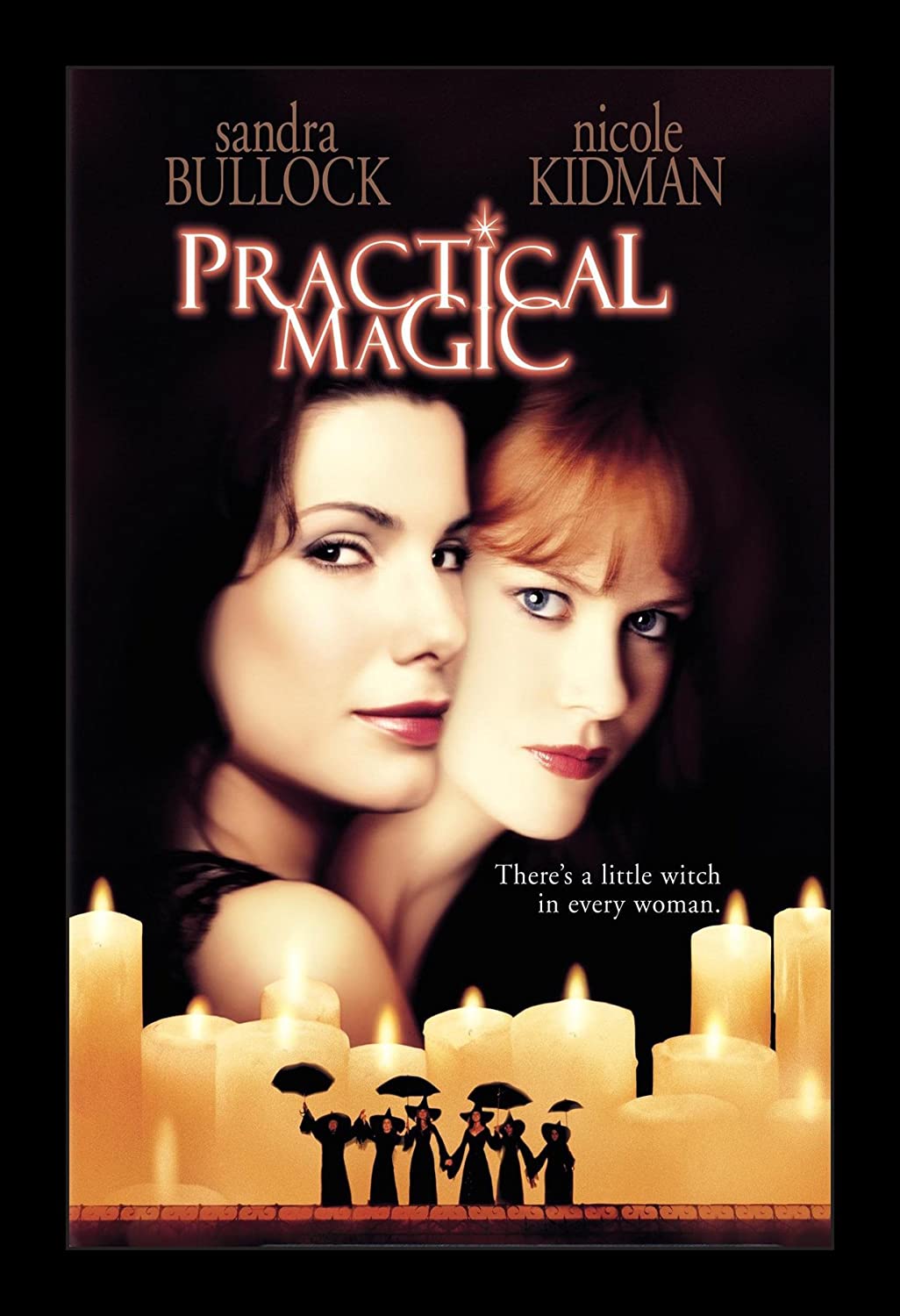 The Halloween staple PRACTICAL MAGIC straight up embodies the deep fall – it delivers comforting familiarity in a disarming era. Plus, Nicole Kidman, Sandra Bullock, midnight margaritas, witchy b.s., kitchen dancing, and hyper 90’s vibes. Fun fact to watch for: in the scene in which Gillian and Sally get drunk with their aunts, the actors actually did get drunk… via full on bottom shelf tequila that Nicole Kidman brought to set. 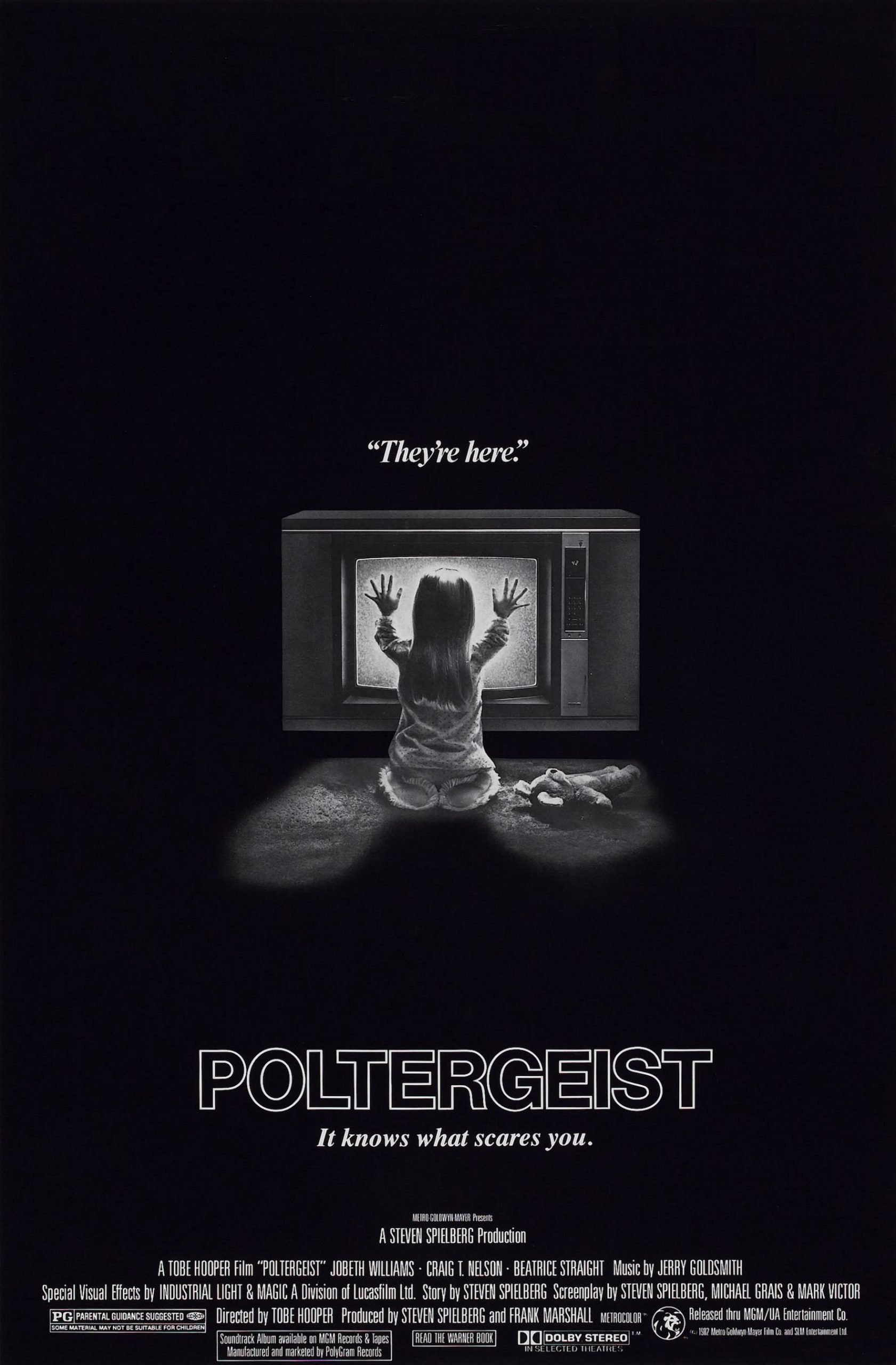 POLTERGEIST is in my top 10 all-time-favorite horror films and in my top 20 – period. The (not-so-subtle) subtext: capitalism doesn’t lead to true happiness, it’s actually a threat to such. The irony: the corporate ladder crawl and all the related monetary rewards don’t really dazzle your fam, they suck them into the terrifying abyss. Plus, there’s the brilliant, timely narrative: the desperate fight to restore normality and the misguided, false reformation – which seems especially apropos for this very moment. Of course, if you’d rather just watch this one for its 1980’s suburban nostalgia, iconic lines, crystal clear cinematography, and jaw-dropping trick shots, we’re here for that. Plus a heartfelt bow to the beautiful, talented, bright Dominique Dunne who we lost way too soon. Sidenote: an interesting connection in the series – PRACTICAL MAGIC director Griffin Dunne is Dominique’s brother. 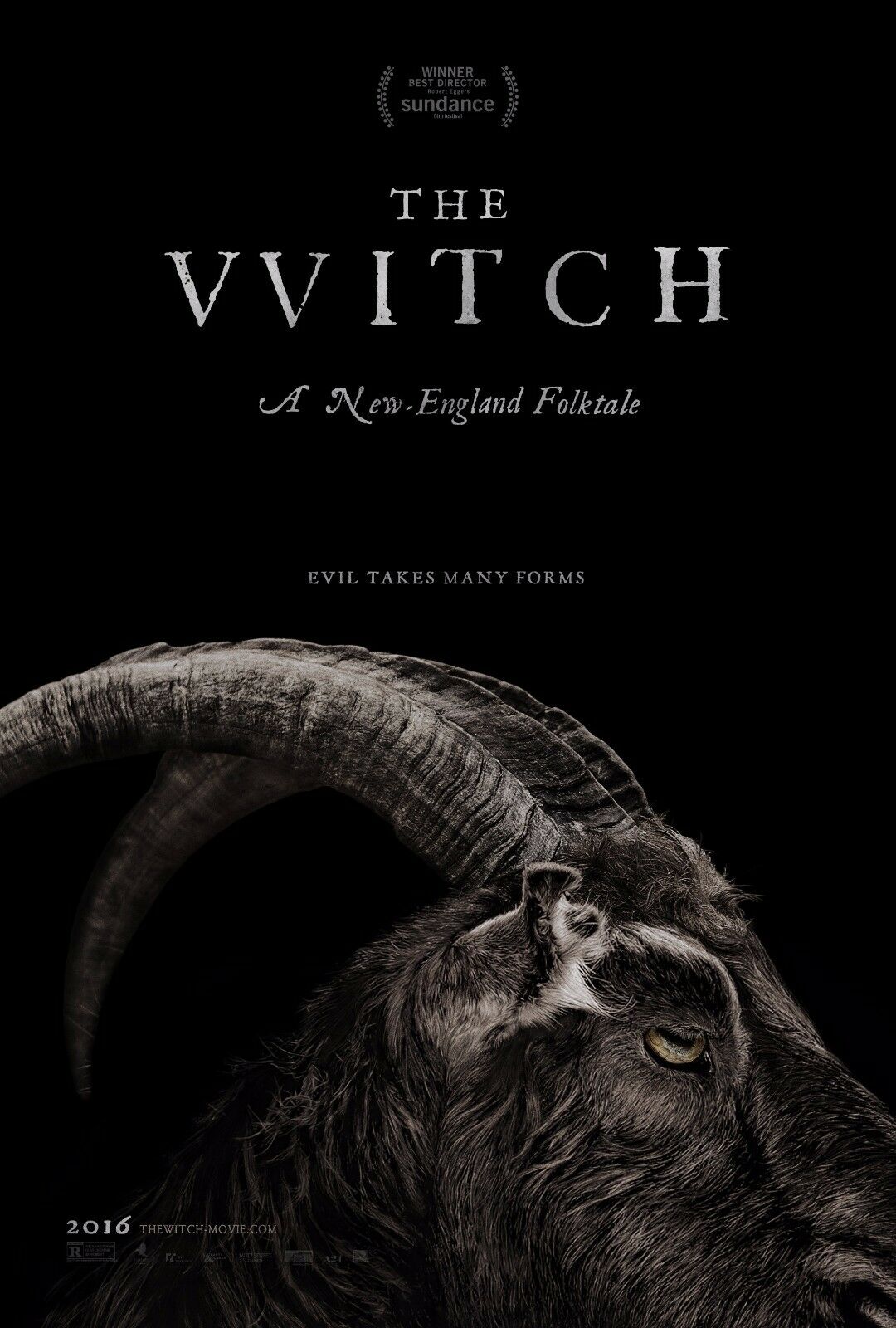 More in the mood to embrace the chaos? We got you. Robert Eggers’ THE WITCH is by far the youngest in the series and delivers a beguiling hyper-witchy, autumnal landscape. Eggers’ drops us dead in the middle of the season while putting the audience in a discomforting headlock of fuckery. Mesmerizing, committed, meticulous, magical in the worst way, and built to stand the test of time. THE WITCH is worthy of an annual viewing and if you’ve never seen it before do not miss this opportunity to experience it on the big screen with big sound. 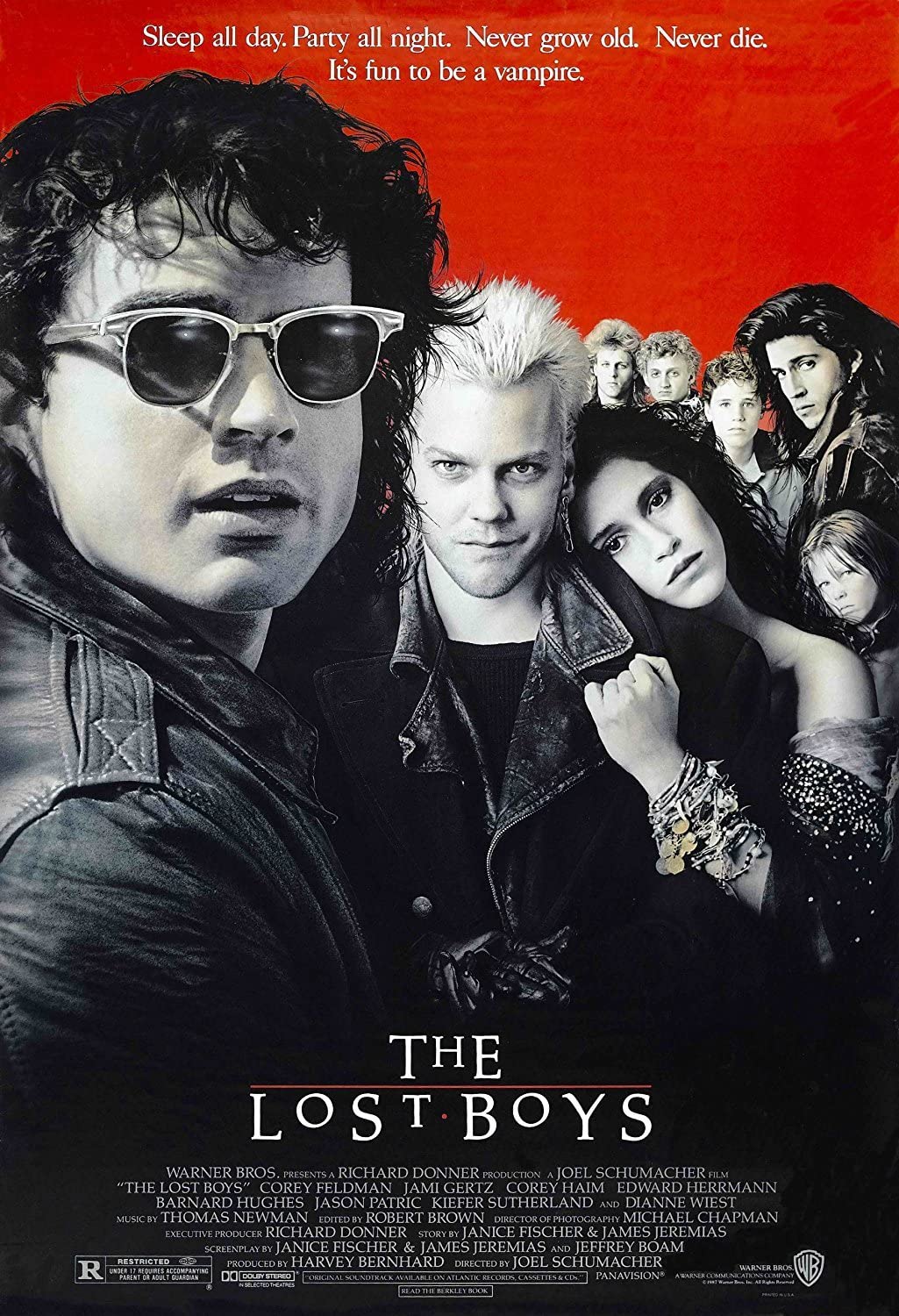 Finally, THE LOST BOYS, who doesn’t love a coming-of-age vampire allegory. The only thing possibly more life-altering and icky than puberty – becoming a vampire. Innocence lost – you better believe it – and yet, somehow, someway, with courage, tenacity, love, and some humor, we’ll make it through. While not in the top ten of the most common Halloween titles, I would argue that THE LOST BOYS has all the comfortable elements to denote a seasonal classic. Need a few more reasons/excuses? Here you go: The Coreys. West Coast vampires are pretty darn awesome, a lovably ridiculous soundtrack, Jason Patric’s on the nose Jim Morrison impersonation, and, of course, the amazing over-the-top opening sax solo. Plus Kiefer Sutherland has never been and will never again be this pretty. We lost Joel Schumacher this past summer – let’s celebrate his work.
I recently visited the Regal Cinema on its last open afternoon. Most of the concessions were sold out and employees looked visibly upset. They didn’t even turn on the neon and, yet, they continued to clean the windows and collected my rewards number for the points that I acquired on the visit. While I sat in the theater waiting for the film to start I thought how surreal, how sad… how heartbreaking (I won’t say that I cried, but I won’t say that I didn’t). However, as soon as the film hit the screen, I disappeared into the narrative and was carried away by the giant images, the beautiful light, the immersive sound. I was truly transplanted from the moment, from the era. Leaving I thought: there’s some irony – the power of cinema just made me feel better about the loss of so many cinemas. Damn. Join us at Sidewalk during this change in the seasons and safely take comfort in the brief break from the times – I attest it works.” – Rachel
Click here for tickets to the Halloween Series.
2:00 PM Skinamarink 2:30 PM Infinity Pool
View Now Playing
Sidewalk's 2023 Staff Picks Series: Vertigo Birmingham Native and Sidewalk Alum Daniel Scheinert Leads 2023 Oscar Nominations Sidewalk's 2023 Staff Picks Series: Spaceballs
View All News