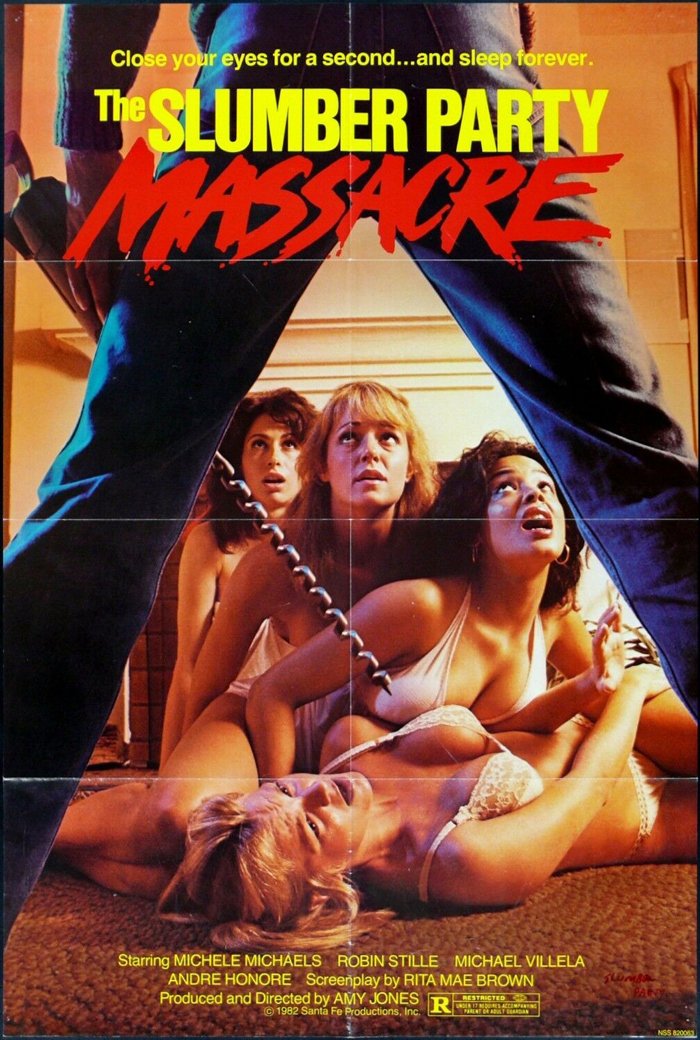 Synopsis: Written as a commentary on the inherent sexism of slashers by feminist icon Rita Mae Brown — but filmed completely straight — THE SLUMBER PARTY MASSACRE is a terrific inside joke that also delivers the goods as a skid row photocopy of HALLOWEEN, complete with a killer who’s figuratively castrated when the tip of his power drill is hacked off.