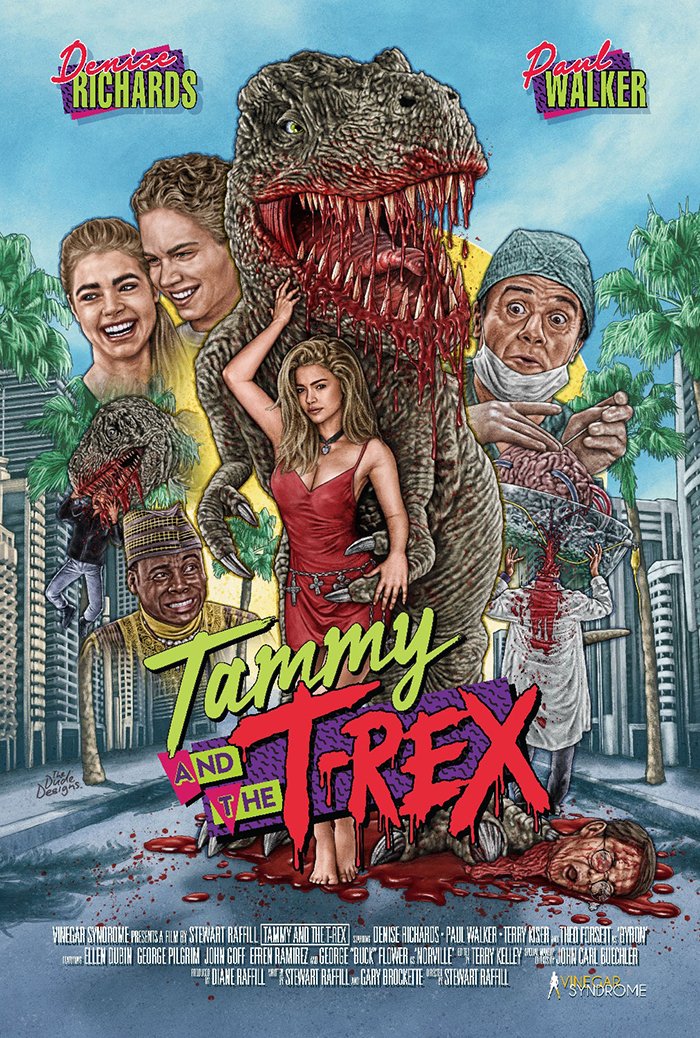 Synopsis: It’s the 25th Anniversary of 2019’s most unbelievable repertory film discovery. Directed by Stewart Raffill (MAC AND ME, THE ICE PIRATES), TAMMY AND THE T-REX is a love story as old as time. This post-JURASSIC jam stars Denise Richards (STARSHIP TROOPERS, WILD THINGS) and the late Paul Walker (THE FAST AND THE FURIOUS) in an unprecedented mishmash of rom-com tropes and R-rated horror thrills. When Paul’s mauled by the local zoo’s toothier residents, his love affair with Denise doesn’t cease — even after his brain is transplanted into an ancient animatronic predator. Oh, and did we mention “Bernie” from WEEKEND AT BERNIE’S is the villain? Originally filmed as a gorefest w/ impressive splatter by SFX guru John Carl Buechler, TAMMY’s only minimal release back in the day was cut to PG-13, funneled straight-to-video and inexplicably marketed as a “kids’ film.” Thanks to the intrepid efforts of top-notch archival pals Vinegar Syndrome, this gonzo gem is fully restored and ready audience’s ganglia into dust!