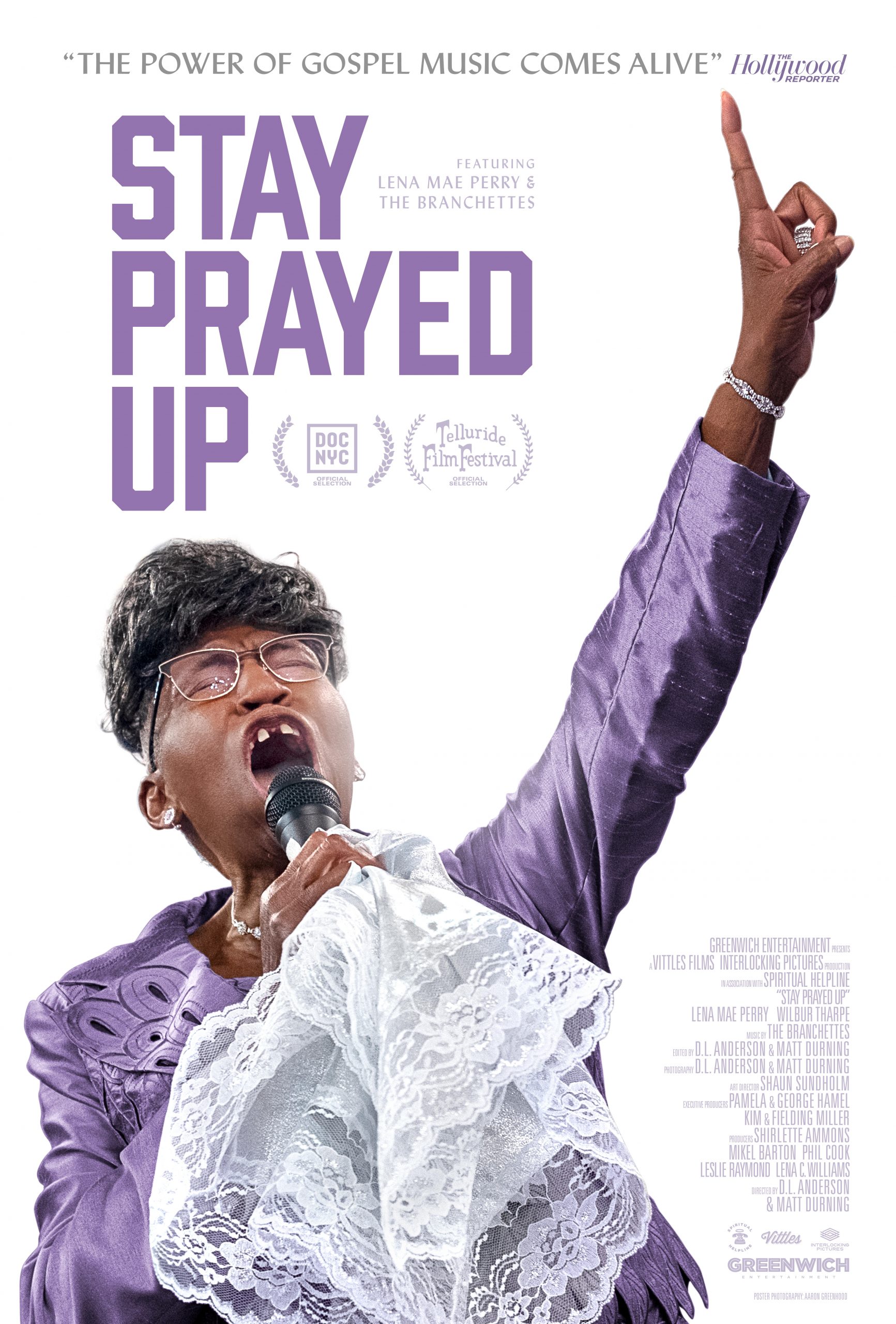 Sidewalk Film Center + Cinema is proud to be a screening venue for the 2022 Southern Circuit. Join us for our screenings of these thought provoking Southern films accompanied by a Q + A with the filmmaking team live and in person!

STAY PRAYED UP
The only thing mightier than Lena Mae Perry’s electrifying voice is her faith.
She’s spent the last 50 years sharing and sharpening both as the steadfast bandleader of The Branchettes, a legendary North Carolina gospel group that has packed churches throughout the South and lifted weary hearts as far away as Ireland. STAY PRAYED UP is a spirited celebration, inviting audiences into “Mother” Perry’s close-knit community as the 82-year-old strives to extend her sacred song ministry ever forward.

This fast-paced, foot-thumping documentary follows Perry and The Branchettes as they prepare to record their first, fully live album, a hallmark in the canon of Black gospel groups. Health concerns with long-time, long-fingered pianist Wilbur Tharpe underscore the importance of “capturing the spirit” for producer Phil Cook, a white Wisconsin-born gospel enthusiast and musical polyglot half of Perry’s age. Through shared prayer, laughter, hardships and praise, this “church gospel noisy crew” demonstrates that music, like faith, ain’t nothing without some fire inside. 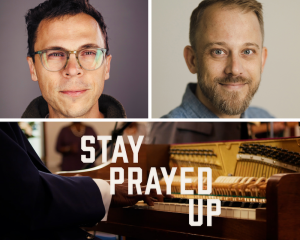 Join D.L. Anderson & Matt Durning, co-directors of Stay Prayed Up, for a free filmmaker’s workshop before the screening of their film later in the night. They’ll cover topics relevant to filmmakers including best accountability practices for filmmakers and creating films alongside communities. They are also here to answer YOUR questions!

Over the past decade, Co-Director D.L. Anderson has made visual meals out of music and moments from the rural American South. His first documentary feature FARMER/VETERAN (Co-Director, Editor, Producer) is an immersive experience that “defies your expectations at every turn.” Its broadcast premiere on PBS’ INDEPENDENT LENS followed festival acclaim from Shanghai to Hot Springs. A more recent doc-hybrid short, THE SEEDS WE KEEP (Co-Director, D.P., Editor) offers a luminous love song for the art of cultural preservation in the face of erasure. Anderson is a Co-Founder and the Creative Executive Producer at Vittles Films and SUPERCOLLIDER. You can often find him swimming in a river, eating sardines and seeking to dismantle systems of oppression with faith that there is a just and abundant table for all.

Co-Director Matt Durning makes films that amplify human connection. He came to documentary filmmaking through progressive political campaigns, and his passion for social justice continues to drive his work as a storyteller. Durning has produced lauded non-fiction work for outlets including HBO, ESPN, Wired, PBS FRONTLINE/World, Al Jazeera America, Ovation, Smithsonian Channel, and YouTube. His short documentary, PERRY COUNTY, won numerous festival accolades. Durning is the founder and executive producer of Interlocking Pictures, a full-service documentary production company based in Chapel Hill, North Carolina. With over a decade of experience in non-fiction film, television, and commercial production, Durning has established a directorial style driven by empathy, exploration, and execution.

Stay Prayed Up | Official Trailer from Vittles Films on Vimeo.