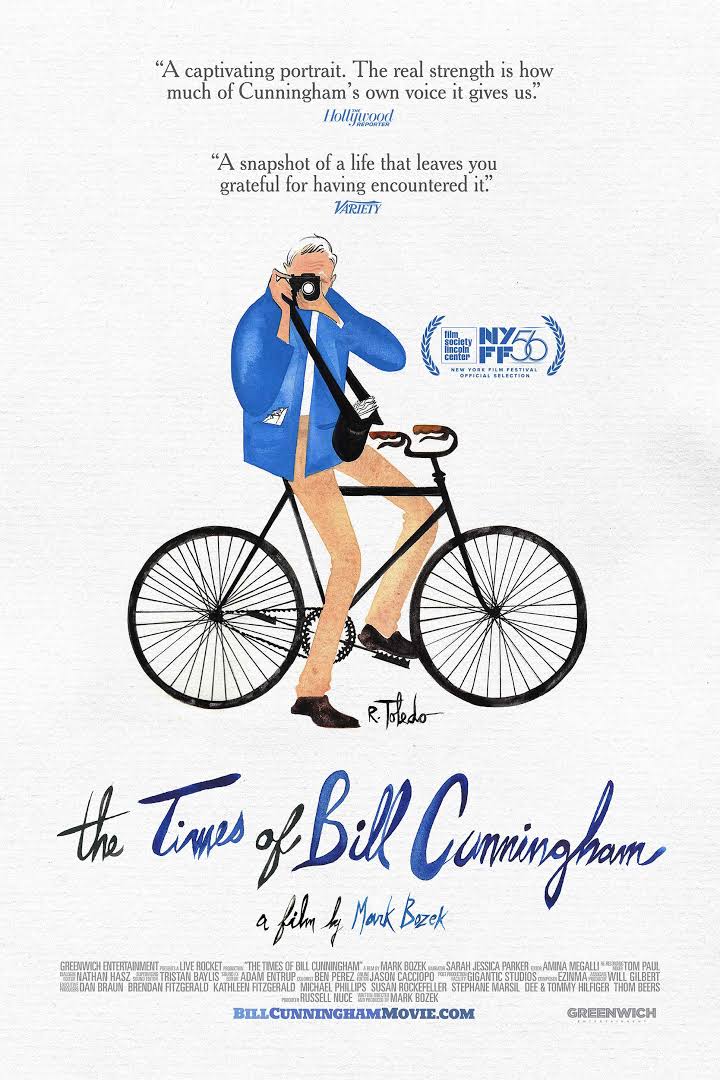 Told in Bill Cunningham’s own words from a recently unearthed six-hour 1994 interview, the iconic street photographer and fashion historian chronicles, in his customarily cheerful and plainspoken manner, moonlighting as a milliner in France during the Korean War, his unique relationship with First Lady Jackie Kennedy, his four decades at The New York Times and his democratic view of fashion and society. Narrated by Sarah Jessica Parker, The Times of Bill Cunningham features incredible photographs chosen from over 3 million previously unpublicized images and documents from Cunningham.

“A snapshot of a life that leaves you grateful for having encountered it.” – Variety

““The minute Bill Cunningham starts talking in this charming documentary is the minute you fall in love with him.” – RogerEbert.com