Sidewalk Home Video: Once Were Brothers 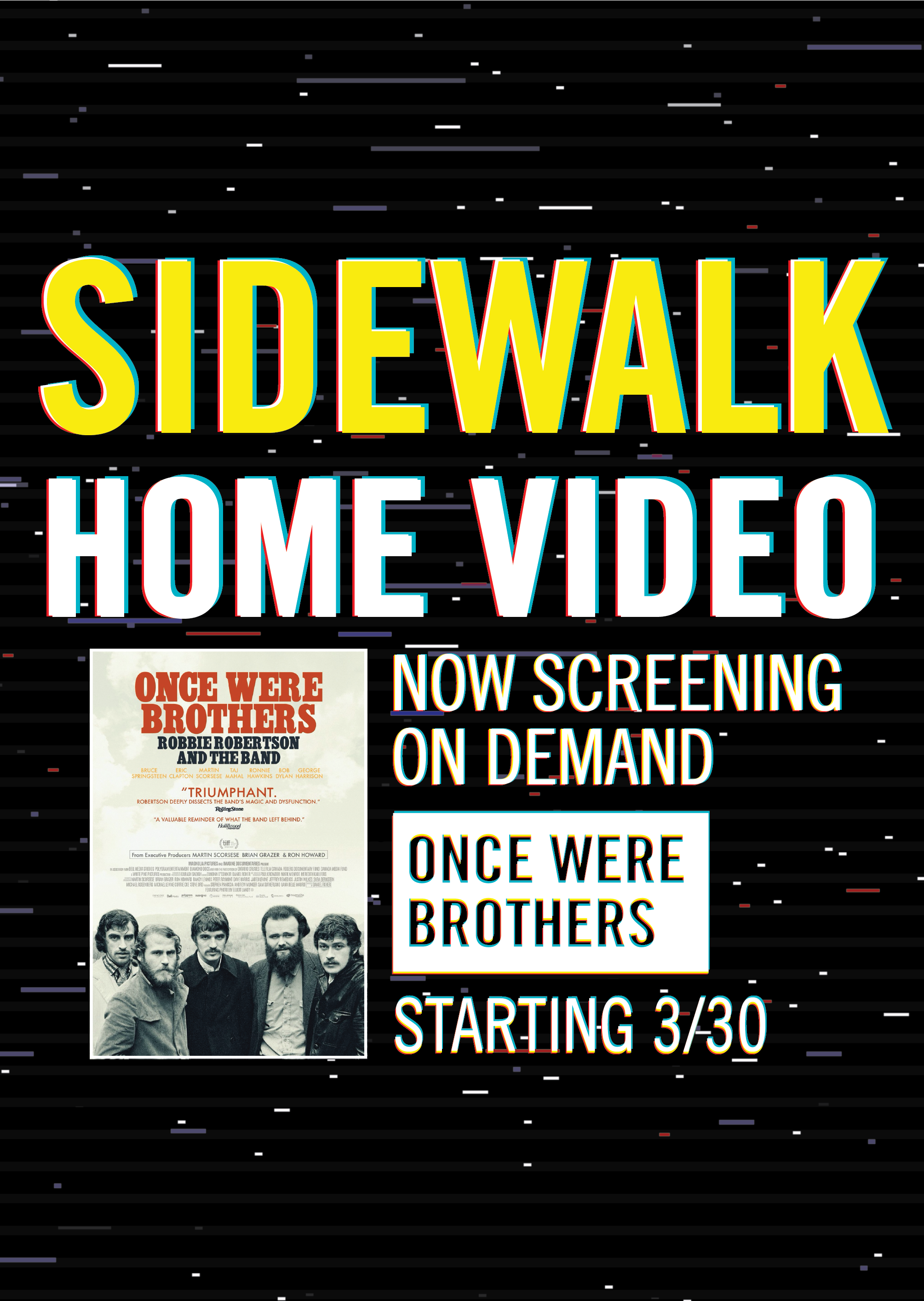 ONCE WERE BROTHERS: ROBBIE ROBERTSON AND THE BAND is a confessional, cautionary, and occasionally humorous tale of Robertson’s young life and the creation of one of the most enduring groups in the history of popular music, The Band. The film is a moving story of Robertson’s personal journey, overcoming adversity and finding camaraderie alongside the four other men who would become his brothers in music, together making their mark on music history. ONCE WERE BROTHERS blends rare archival footage, photography, iconic songs and interviews with Robertson’s friends and collaborators including Martin Scorsese, Bruce Springsteen, Eric Clapton, Van Morrison, and more.

RENT THE FILM HERE (Sidewalk gets a portion of the proceeds!)