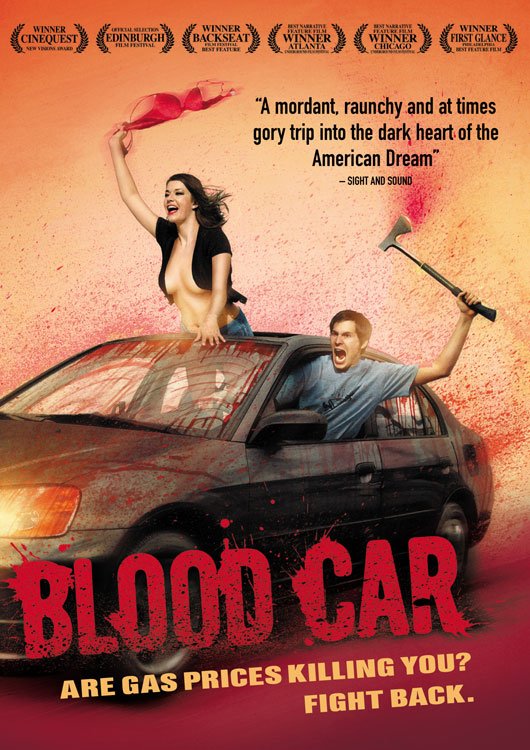 In the all-too-foreseeable future, gas prices approach $40 a gallon, causing some Americans to abandon their vehicles and others to seek alternate sources of fuel. When a mild-mannered schoolteacher (Mike Brune) invents an experimental engine that thrives on blood, he attracts the attention of two women who vie for his affection: Denise (Katie Rowlett), the proprietress of a butcher stand, and Lorraine (Anna Chlumsky) who runs a rival veggie stand in a grim urban landscape. But Archies need for speed soon surpasses his body’s ability to regenerate fluids, so he takes desperate measures to satisfy the Blood Car’s thirst. Veering between wicked social satire and outbursts of hardcore gore, BLOOD CAR lives up to its reputation as an “audacious utterly bonkers and downright sick claret-drenched black comedy” Time Out London.