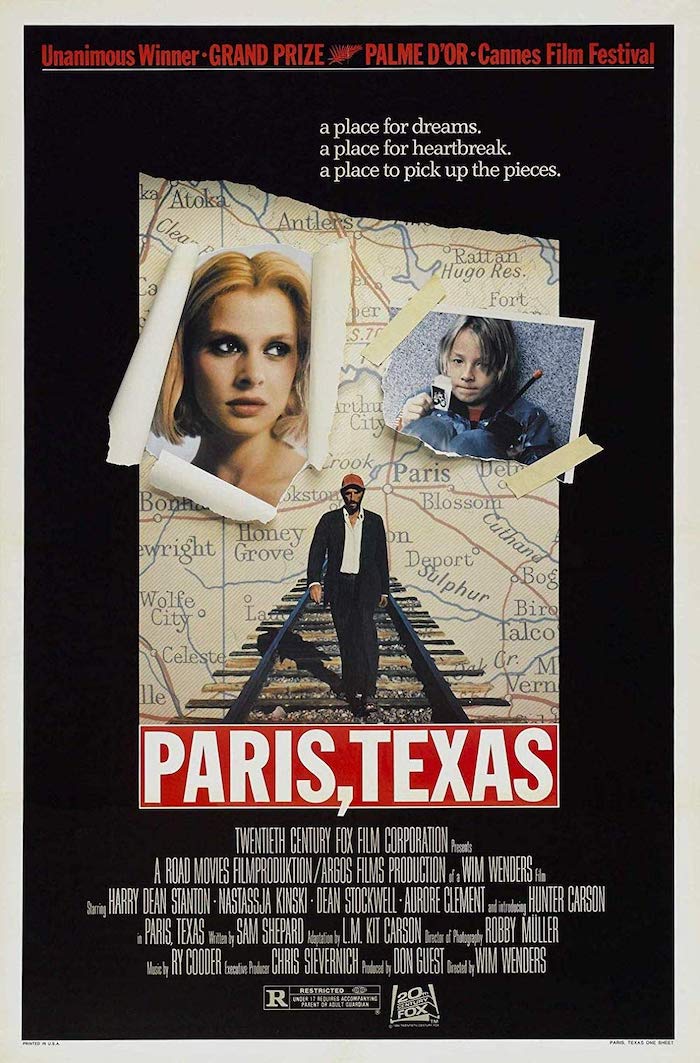 A profoundly moving character study written by Pulitzer Prize–winning playwright Sam Shepard. Paris, Texas follows the mysterious, nearly mute drifter Travis (a magnificent Harry Dean Stanton, whose face is a landscape all its own) as he tries to reconnect with his young son, living with his brother (Dean Stockwell) in Los Angeles, and his missing wife (Nastassja Kinski). From this simple setup, Wenders and Shepard produce a powerful statement on codes of masculinity and the myth of the American family, as well as an exquisite visual exploration of a vast, crumbling world of canyons and neon.