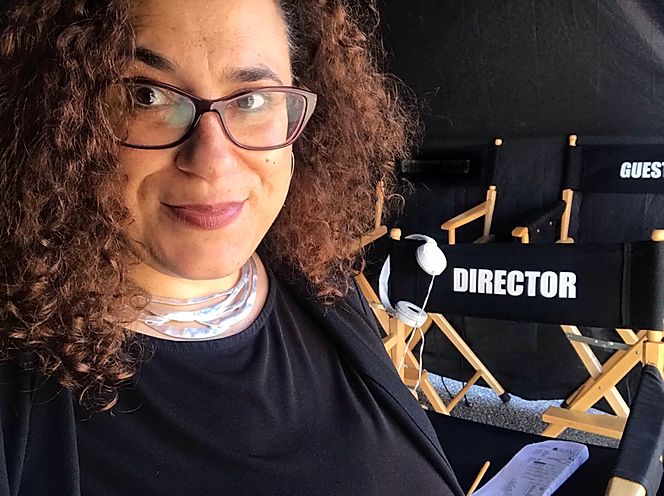 Join us for a virtual directing workshop – open to directors of all levels who want to learn blocking and Shot Designer from an experienced director and teacher. (Using the free version of Shot Designer is acceptable for this workshop.)

Dr. Rachel Raimist is a college professor turned television, who most recently directed NANCY DREW and ROSWELL NEW MEXICO for The CW. She was teaching in the deep south when she was tapped by Ava DuVernay to direct QUEEN SUGAR for the Oprah Winfrey Network (OWN), then quickly booked her next gig, directing an episode of GREENLEAF on OWN. Raimist signed with a high-profile manager at Kaplan/Perrone and agent at CAA. She holds a B.A. and a M.F.A. in Directing from the UCLA School of Film and Television and a M.A. in Women’s Studies and a Ph.D. in Feminist Studies from the University of Minnesota where The Rachel Raimist Feminist Media Center was named in her honor in 2009. She is an active member of the Latino Steering Committee and the Women’s Steering Committee of the Directors Guild of America.

We’re utilizing a pay-what-you-can model for this class with three different price levels to allow the maximum number of people to participate in light of COVID-19. Sidewalk is a 501c3 nonprofit organization.

Participants will be emailed a Zoom link 30 minutes before the workshop’s start time. Registration closes at 12:30 PM central on 7/18/20. Any questions can be directed to kiwi@sidewalkfest.com.