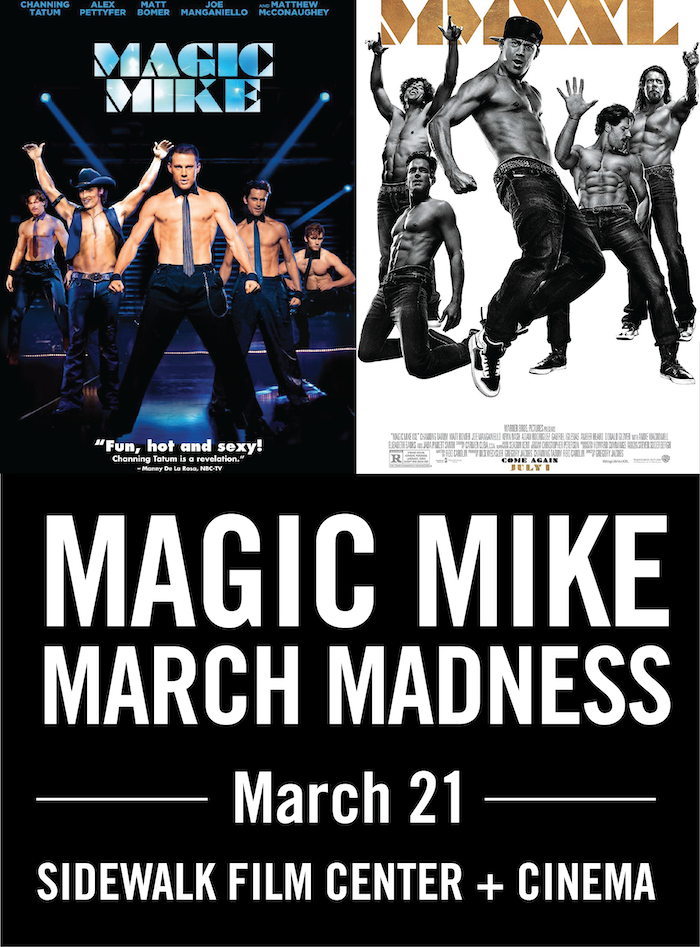 Who needs basketball when you have Magic Mike March Madness on the XXL screen at the Sidewalk Film Center + Cinema!

Films screen at 7:00pm (Magic Mike) + 9:15pm (Magic Mike XXL) and we’ll have lots of fun surprises in store for you throughout the night so load up your friends and make it a double feature.

You can also check out both for only $20 (sales tax included): Double Feature – Pick 2 Pass

A male stripper teaches a younger performer how to party, pick up women, and make easy money.

Three years after Mike bowed out of the stripper life at the top of his game, he and the remaining Kings of Tampa hit the road to Myrtle Beach to put on one last blow-out performance.