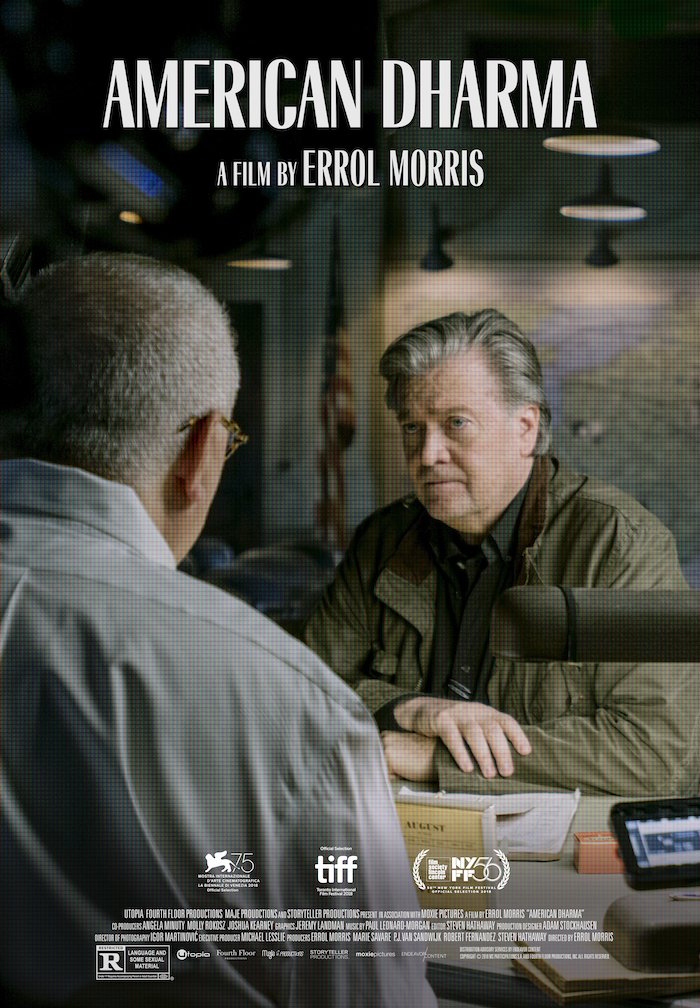 No stranger to interviewing some of the most controversial figures of our time, Errol Morris trains his lens on Stephen K. Bannon, questioning him closely about his beliefs, current feelings about President Trump, and films that shaped and continue to animate Bannon’s understanding of the world. Morris concludes that whatever one thinks of Bannon, ignoring him is the most dangerous course of action.