Sidewalk Film Center + Cinema is proud to be a screening venue for the 2022 Southern Circuit. Join us for our screenings of these thought-provoking Southern films accompanied by a q + a with the filmmaking team live and in person! Tickets to each screening are $15. 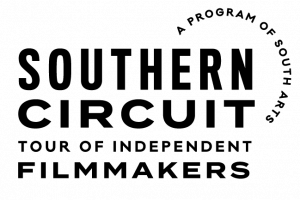 The Southern Circuit Tour of Independent Filmmakers works with a regional network of Screening Partners to connect independent documentary filmmakers with communities across the Southeast to present screenings and conversations around important stories and the art of filmmaking. Since Southern Circuit’s inception in 1975, hundreds of filmmakers have toured, sharing their work and perspective with over one hundred Screening Partner communities throughout South Arts’ nine-state region (Alabama, Florida, Georgia, Kentucky, Louisiana, Mississippi, North Carolina, South Carolina, and Tennessee). Southern Circuit is made possible through a partnership with the National Endowment for the Arts. Learn more about the Southern Circuit Tour of Independent Filmmakers here.

September 14 – Refuge: Refuge is a story about fear and love in the American South. A leader in a white nationalist hate group finds healing from the people he once hated – a Muslim heart doctor and his town of refugees.

October 12 – Stay Prayed Up: Stay Prayed Up is a spirited celebration, inviting audiences into “Mother” Perry’s close-knit community as the 83-year-old strives to extend The Branchettes’, a  legendary North Carolina gospel group, sacred song ministry ever forward. Through shared  prayer, laughter, hardship and praise, this “church gospel noisy crew” demonstrates that music, like faith, ain’t nothing without heart behind it.

November 9 – Outta the Muck: Family, football and history come to life in an intimate portrait of the Dean family, longtime residents of the historic town of Pahokee, Florida. We take a journey back home, with filmmaker Ira McKinley, to the land of sugarcane, as he reconnects with his niece Bridget and nephew Alvin and explores their shared family history that spans seven generations. Told through stories that transcend space and time, Outta The Muck presents a community, and a family, that resists despair with love, remaining fiercely self-determined, while forging their own unique narrative of Black achievement.

February 15 – Home From School: In 2017 a delegation of Northern Arapaho tribal members traveled from Wyoming to Pennsylvania to retrieve remains of three children who died at Carlisle Indian Industrial School in the 1880s. It’s a journey into the troubled history of Native American boarding schools and a quest to heal generational wounds.

March 15 – Mama Bears: Spread across the country but connected through private Facebook groups, over 30,000 mothers in America—many from conservative, Christian backgrounds—fully accept their LGBTQ+ children. And they call themselves “mama bears” because while their love is warm and fuzzy, they fight ferociously to make the world kinder and safer for all LGBTQ+ people. Mama Bears explores the journeys of two mama bears and a young lesbian whose struggle for self-acceptance exemplifies why the mama bears movement is vitally important.

April 15 – Hazing: Filmmaker Byron Hurt takes viewers with him on a journey to explore the culture of hazing. Byron talks to family members of deceased young people, as well as survivors, to reveal the underbelly of groups that haze. Hazing will take a fascinating look at identity, belonging, groupthink, control, power and dominance, bystander intervention, race and gender, and violence.

Southern Circuit screenings are funded in part by a grant from South Arts, a regional arts organization, in partnership with the National Endowment for the Arts. For more information about Southern Circuit please visit www.southarts.org/southernciruit 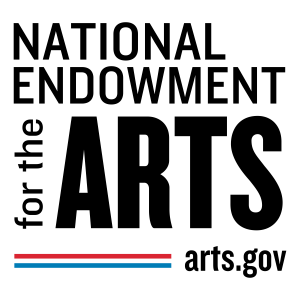