Ever since I was a child, I have been fascinated by the world of cinema and film. Exploring different art forms has always been my favorite thing to do. Watching the Muppets, other children and the Hollywood elite on-screen became the most important outlet of my young world. And even though initially I enjoyed watching Beetlejuice, and Honey I Shrunk the Kids, I still missed seeing myself reflected on screen. Then as a teenager, I discovered a new genre, and I became obsessed with creators like John Singleton, Spike Lee, and Robert Townsend. Their diverse storytelling methods displayed the beauty and complexity of the Black American experience. I could feel myself growing, expanding, and evolving as I watched Coming to America, Poetic Justice, and Moonlight. The Black American experience of coming of age, searching for identity, or searching for love is just as universal as anyone else’s story but no one can understand it or tell it better than we can.

This year’s Black Lens Film Week will spotlight the history, skills, talent, vision, and unique creativity within the Black community. During the week you will see a diverse set of films that are guaranteed to make you laugh, bring tears to your eyes, and hopefully challenge you to see your neighbor just a little bit more than before. 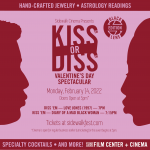 Ever been in love to the point you lose yourself and one day you look up and think, what the hell am I doing? I have. We’re kicking off the week with Love Jones and Diary of a Mad Black Woman as a part of the Kiss ‘Em or Diss ‘Em Valentines Day Spectacular sponsored by Korbel. Each ticket comes with special goodies including a free drink ticket and popcorn.

Love Jones gives us a modern 90’s look at an arts renaissance community with professionals searching and fighting for love. What happens when you lose it all? You return to what you know, the family that loves you, and as you heal the love you deserve finds you. Diary of a Mad Black Woman is the drama and comedy you need on Valentine’s Day. 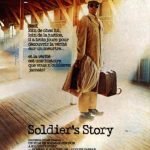 A Soldier’s Story takes a look at racism and segregation in the army and the difficulty of being a Black officer in the military at the time of Jim Crow. In my opinion, this is one of the greatest films ever; amazingly cast and masterfully crafted. 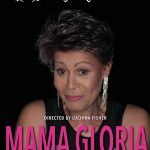 Mama Gloria shines a light on an icon that began breaking barriers long before Stonewall. From blazing trails to giving back to her community, Gloria Allen displays the humanity we all need in our life. Mama Gloria is sponsored by The VAL Group.

Black Lens Shorts Showcase is an opportunity to highlight the talent of new and young storytellers in and around the Birmingham community. 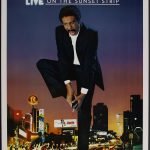 You don’t want to miss Richard Pryor: Live on the Sunset Strip. One of the greatest comics to ever do it humorously shares stories of his life and an impactful trip to Africa that gives us a peek into a more mature comic. Remember it’s rated R for Richard. 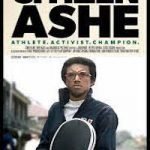 Citizen Ashe is a beautiful portrait of a man who broke barriers in the tennis world on his own terms. His journey of fighting to be respected in the tennis community as well as his advocacy for AIDS reminds us of the kind of human we should all strive to be. 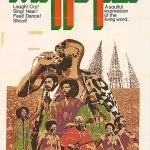 What’s better than a live concert? The recording of that concert. Okay, maybe not but WattStax captures the Watts Summer Festival from 1972 as artists from the Black community remember the Watts Riots. If you’re a fan of ol’ school music like I am, come and jam with us. WattStax is sponsored by Four Corners Gallery. 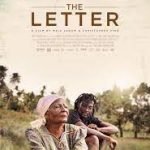 In The Letter, we see that family drama can touch anyone, even a 95-year-old grandmother. When accusations start circulating through her community, we see the strength of a woman who knows who she is. I’m excited to share this international film with you. 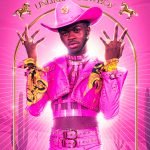 Lil Nas X had everyone line dancing to “Old Town Road” as he climbed the charts and carved his place not only in society but in history. I love it when people take their destiny into their own hands and unapologetically be who they are. Lil Nas X: Unlikely Cowboy is a film you don’t want to miss. 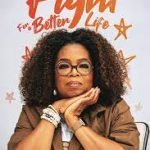 Oprah Winfrey: Fight for a Better Life, well it’s Oprah. Am I the only one who hears the 80s theme song from the Oprah Winfrey Show in my head when I hear the name? I know I’m not the only one. Whether you love her or not, she has solidified her place in history. With a successful talk show running for 25 years, multiple writing and producing credits, her own network (OWN), and much more, the Oprah Effect has impacted millions of people. This is your chance to see her story like never before. Oprah Winfrey: Fight for a Better Life is sponsored by Prosper Bham.

We have a powerful collection of films for the inaugural Black Lens Film Week. See you there! – T