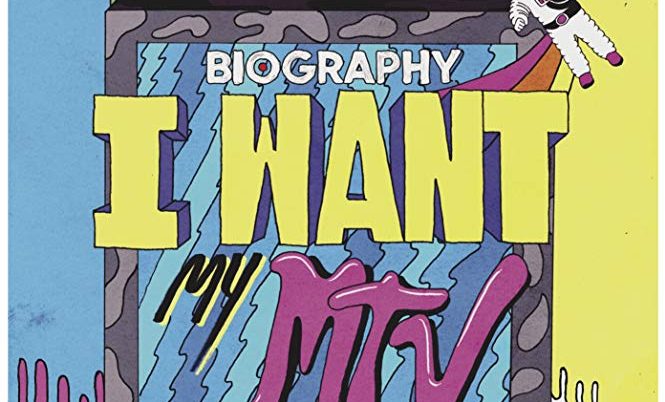 Strange thing, the Sidewalk programming team noticed that Generation X clearly had a massive influence on independent film content this season. So many films this year have distinctly focused on, or been obviously influenced by, the “Greed decade”. Instead of trying to narrow down the selections considering the theme, the programming team decided to embrace the trend.

The 2019 Sidewalk Film Festival line-up is diverse, as usual, but it contains a definite, undeniable thread of ’80’s inspired films, as well as a super special retrospective screening. This week’s title release celebrates this year’s theme and, for extra excitement, one of the included titles is the 2019 Sidewalk opening night film!

Opening Night: I Want My MTV

Synopsis: On August 1, 1981 an innovative new channel burst onto the rising spectrum of cable TV offerings. It became a touchstone for young people and a new format for musicians and filmmakers to show off their talents. I Want My MTV examines the channel’s early days and its deep cultural impact.

After the movie, the MTV vibes will continue at the Opening Night Block Party, on 3rd Ave. N.,directly outside of the Alabama Theatre. Dance to classic MTV videos, enjoy some late night snacks and enjoy drinks from Yellow Tail Wines, Cahaba Brewing Company, Absolut and Cooper’s Craft (complimentary bar for VIP pass holders, cash bar for all other pass holders).

Synopsis: Scream Queen! My Nightmare on Elm Street sets the record straight about the controversial sequel to A Nightmare on Elm Street, which ended star Mark Patton’s acting career, just as it was about to begin. Scream Queen follows Patton as he travels to horror conventions across the United States. Each new city unwraps a chapter from his life that is met with equal parts joyful and bittersweet detail, as he attempts to make peace with his past and embrace his legacy as cinema’s first male “scream queen.”

SHOUT Spotlight Night Tickets are available as $5 add ons for all VIP Passholders (check your confirmation email for details)  Single tickets are $15 and  on sale now.

Synopsis: A powerfully intimate and insightful portrait of the internationally renowned INXS frontman, Michael Hutchence. Deftly woven from an extraordinary archive of rich imagery, Michael’s private home movies and those of his lovers, friends, and family, the film delves beneath the public persona of the charismatic ‘Rock God’ and transports us through the looking glass to reveal a multifaceted, intensely sensitive and complex man.

The date, time and location of this screening will be announced July 23 when the full festival schedule is announced.

Synopsis: Three years after the destruction of the Death Star, Imperial forces continue to pursue the Rebels. After the Rebellion’s defeat on the ice planet Hoth, Luke journeys to the planet Dagobah to train with Jedi Master Yoda, who has lived in hiding since the fall of the Republic. In an attempt to convert Luke to the dark side, Darth Vader lures young Skywalker into a trap at Cloud City. In the midst of a fierce lightsaber duel with the Sith Lord, Luke faces the startling revelation that the Vader is in fact his father.