We’re excited to announce our opening and closing night selections, special presentations and features for the 23rd edition of the popular and nationally-acclaimed Birmingham-based film festival which will take place August 23-29.

Celebrating our highly anticipated return to theaters and presentation of the unique and special film events Sidewalk is famous for, we will again host nightly themed spotlights culminating in a big weekend for Sidewalk film fans. This year’s Opening Night screening will be Jeff Daniels’ Television Event, and Jim Cummings and PJ McCabe’s The Beta Test will be the Closing Night screening. 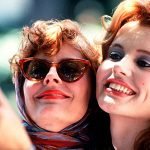 Other special events top lining a film festival noted for creatively going beyond the screening of the films to make a greater interactive experience for film fans will be special roundtables and panels built around timely classics, beloved films, and anniversary screenings like Steven Soderbergh’s Contagion, John Heyn and Jeff Krulik’s Heavy Metal Parking Lot, and Ridley Scott’s Thelma & Louise. 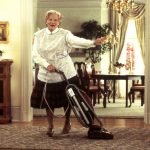 We will put more emphasis on music as we screen Chris Columbus’ beloved Mrs. Doubtfire accompanied by a live performance of the film’s score by DJ Hollywood, offer up a Rock n’ Roll Double Feature powered by Mike Plante and Jason Willis’ We Were There to Be There and John Heyn and Jeff Krulik’s Blondie: Vivir En La Habana, and present three very different secret screenings for audiences’ delight.

Rachel Morgan, our Creative Director, says “We are beyond excited to be back downtown for Sidewalk 2021! We believe that we’ve crafted a balanced line-up filled with the best, recent, theatre-worthy indie films spanning all genres, along with the occasional throwback and special event. It’s been quite a couple of years and we think the 23rd annual Sidewalk schedule reflects such in a variety of ways – from provoking thought to celebrating humanity to providing an opportunity for shared commiseration. As always we also have a lot of surprises planned, after all, everyone is overdue for a super fun week (with safety in mind, of course); we hope you’re as excited as we are!” 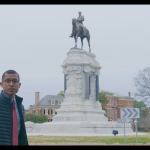 The themed showcase evenings will begin on Monday with an Alabama Spotlight highlighted by a special program of short films shot and produced in the state or with Alabama as a central theme and focus. Tuesday will be the Life & Liberty Spotlight exemplified by CJ Hunt’s documentary The Neutral Ground which looks at New Orleans’ fight over Confederate monuments and America’s centuries-long relationship with the Lost Cause. Wednesday will shine the Spotlight on Shout, our acclaimed LGBTQ showcase, which will feature a number of shorts including Anna Andersen and Gabriella Canal’s No Man’s Land about a lesbian separatist community in Mentone, Alabama. Thursday puts the focus on the Black Lens Spotlight, including Danny Lyon’s SNCC. In the film, Lyon utilizes his own photos taken in the 60s to look at SNCC, one of the most effective grassroots organizations in American history. Through those photos, audio recordings of the songs and music that drove the movement, and interviews with some of SNCC leaders, he tracks the success of the organization in its fight
against Jim Crow. 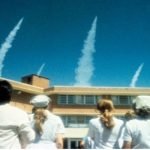 Following the themed showcase evenings ramping up to the weekend, the official Opening Night selection on Friday, August 27 will be Jeff Daniels’ documentary Television Event. The film looks at the build up to ABC’s broadcast of The Day After, a made-for-TV movie about the aftermath of a nuclear war on a small Kansas town. The film was watched by more than 100 million viewers, which made it the highest-rated made-for-TV film in history. The landmark cultural event came about following weeks of buildup and controversy extending all the way to a White House in the midst of a nuclear arms race with the Soviet Union. 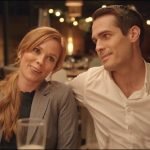 Jim Cummings and PJ McCabe’s The Beta Test will be the Closing Night screening. The horror-comedy follows a married Hollywood agent, who participates in an anonymous sexual encounter after receiving a purple envelope from an unknown person. The encounter leads him down a rabbit hole filled with lies, cheating, and…death at the hands of boyfriends, girlfriends, and spouses who have been cheated on.

Passes are on sale now, be sure to grab yours here and check out the full online schedule here.